Make a Christmas breakfast is equally easy, delicious, and adorable!  These Cinnamon Roll Santa’s are quick to make and the kids will love helping to make them and eat them.

We have certainly been on a kick with the super cute Christmas Breakfasts around here.  We have made Cinnamon Roll Christmas Trees, Reindeer, and Snowmen.  Each are super quick, easy, and fun. And if you want a more traditional breakfast to go along with it, try out my favorite breakfast casserole!  These are also especially good on Christmas Eve for a fun activity to do with the family.

Today though might be my favorite cinnamon roll creation yet! You just can’t help but smile when you see these little Santa Bellies.  And out of everything my daughter really loved these little guys the best.  I love that that they are so easy to make.  And when I say easy I mean EASY!

All of my cinnamon roll creations are pretty simple, but this one definitely takes the cake.  To make the cinnamon roll Santas, you don’t even have to re-form the roll, just bake as is and decorate! 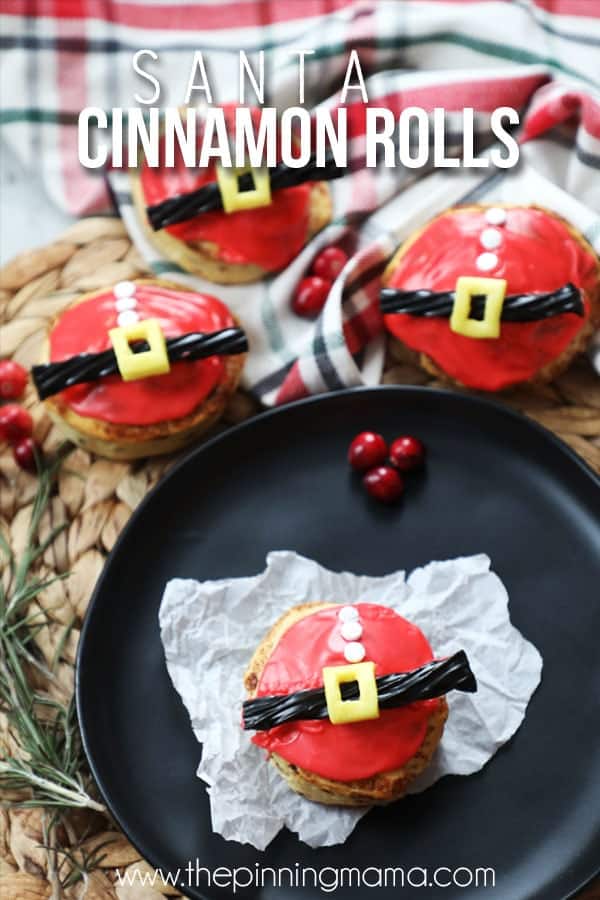 HOW TO MAKE CINNAMON ROLL SANTAS

One of the things that makes this Cinnamon Roll Santas so awesome is that it really is just so, so easy to make.  All you need are a few things:

I hope you have fun making this sweet Holiday breakfast with your family!  If you get a chance to make it, I would love for you to leave me a note in the comments below or tag me in a pic on your Instagram stories @easyfamilyrecipes!  It makes me so happy to see others enjoying the ideas I share. 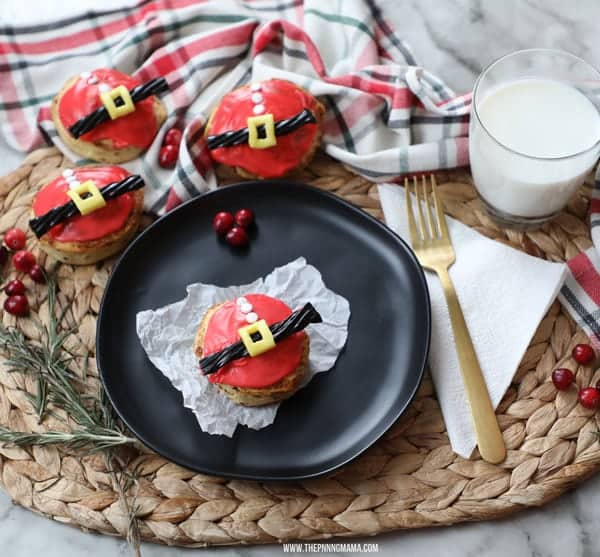 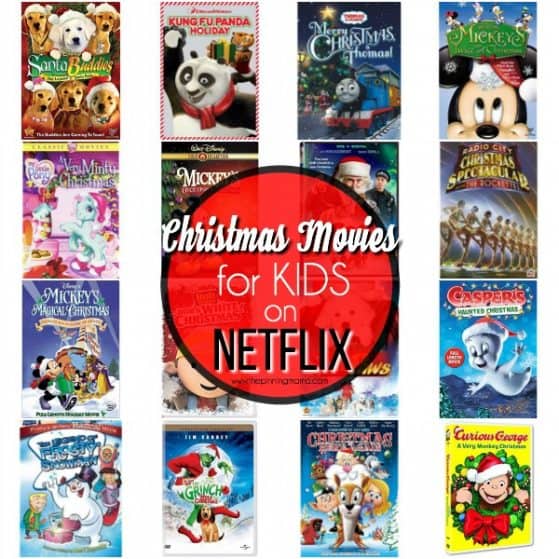 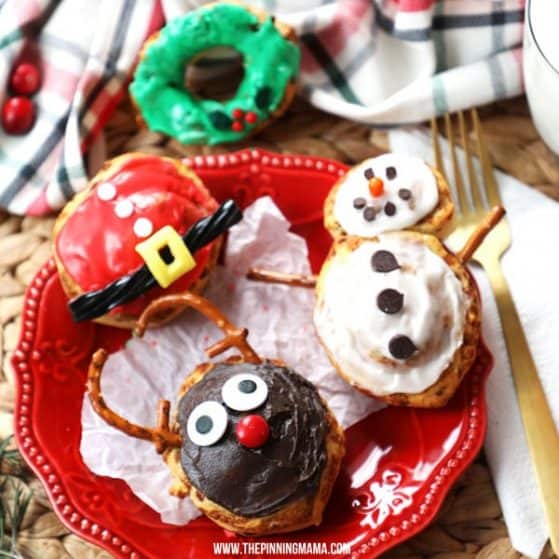