When I received a text this morning that a friend was making flourless pancakes, my mind was totally baffled!  How can pancakes NOT have flour?!  She sent me the pin for the flourless pancakes at Undressed Skeleton that she found on Pinterest and I was so intrigued after looking at the post and reading all of the comments I had to try it myself! 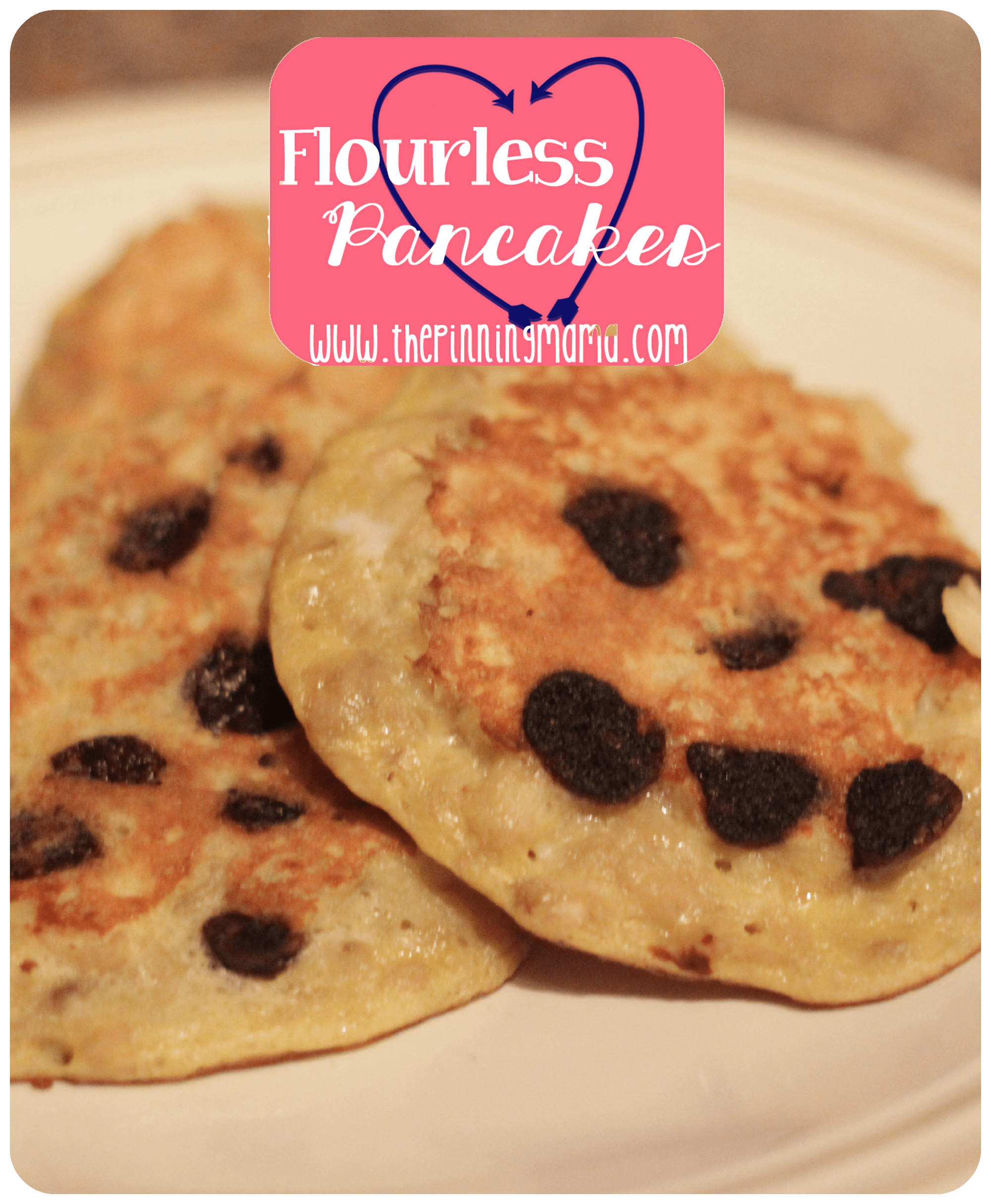 The recipe couldn’t be simpler!  1 banana, 1 egg and blueberries, chocolate chips or whatever else you would want to add to your pancakes.  After reading through the multitude of comments it seemed that it either worked beautifully or was an absolute mess.  People seemed to have a problem with them staying together to flip them.

Time to test.  I grabbed my 3 ingredients and got to work.

1.  Gather 1 large banana, 1 egg, and topping of choice (mine was chocolate chips… my favorite flavor pancake!)

2.  Slice up the banana into the bowl. TIP: If you are using a more green banana like I was, after slicing it put it into the microwave for about 30 seconds to make it WAY easier to mash.   Use a fork to mash it up.

3.  Add an egg to the mixture and stir well until combined.

TIP:  Now I know nothing about flourless pancakes, however, I am quite the lover of traditional flour packed pancakes. So my theory on not having hard to flip pancakes that fall apart was this: Turn the heat on the skillet to high while you are mixing up your “batter.”  Right before you pour the batter onto the skillet or griddle, turn the heat back down to medium. It worked beautifully.

4. Using a 1/4 cup measure pour a scoop of the batter to the hot skillet.

5.  Add chocolate chips, blueberries, or your choice of deliciousness to the top of the pancakes and allow to cook 3-4 min or until you can see it becoming done around the edges.

6.  Use a spatula to flip the pancakes over and cook for an additional 1-2 min.

Voila!  There you have your “diet” pancakes!

Sooooooo….. let’s get to what you really want to know.  How did they taste? What were they like?

I think with any baked good you completely remove the flour from, you can’t go in expecting a big fluffy IHOP pancake or you will be disappointed.  These were not bad at all for what they were and surprisingly had almost no banana or egg  flavor!  My hubby’s review was that “it doesn’t taste like anything.”  I thought the taste was closer to that of french toast than a pancake in that it tasted eggy in the way french toast does, not eggy like an omelet.  I would actually try it again with cinnamon and vanilla like I would make french toast and I think I might like it a lot better!

The texture was interesting.  Again, not the texture of a big fluffy pancake but also nothing like eggs or bananas!  I can see where one would say it resembles a pancake because it was more dense in nature and not as wet or mushy as you think of mushed bananas or eggs.

What did I think?  They aren’t bad.  If I was on a diet I would definitely fix these again. The original recipe touts 65 calories a pancake which is awesome! It really offers a dieter a great change of pace,  however since we are more of everything in moderation type of family, these will definitely not replace pancakes for breakfast on our table anytime soon.

How much did I like this recipe? As a normal eater… not much.  As a hard core dieter, probably a lot

Did anything unexpected happen? Because I got great feedback in the comments, I was able to avoid the pancakes falling apart!

Have you followed us on Pinterest and Facebook?  My little pancake friend would love you to join us for more pintests, recipes, and tutorials! 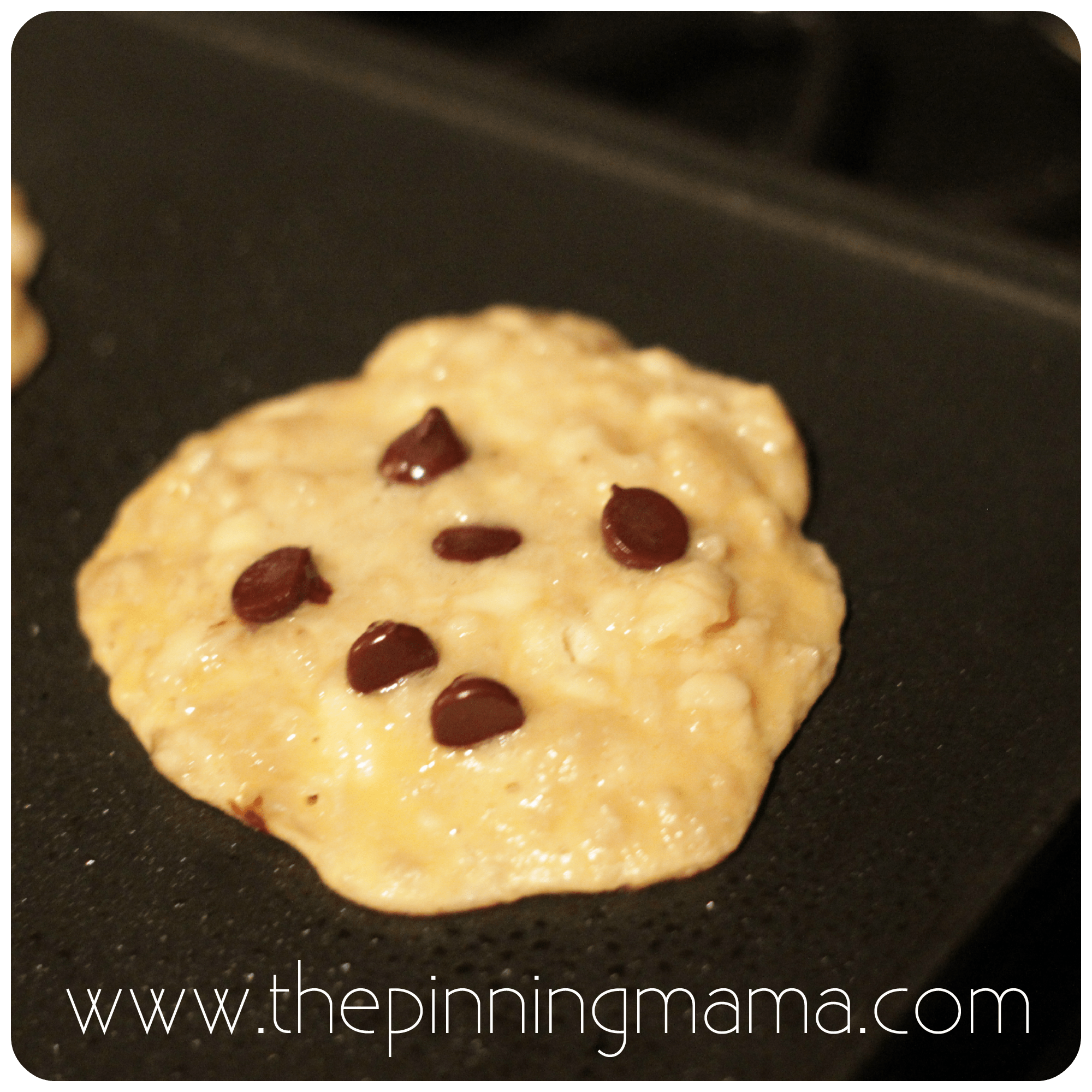 Stay tuned later today for details on a guest post we are doing showing off our Chinese Pasta Salad.  Definitely not carb free, but absolutely delicious. 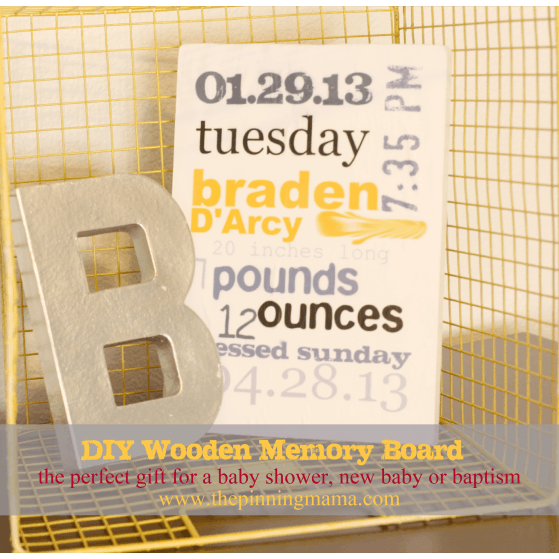 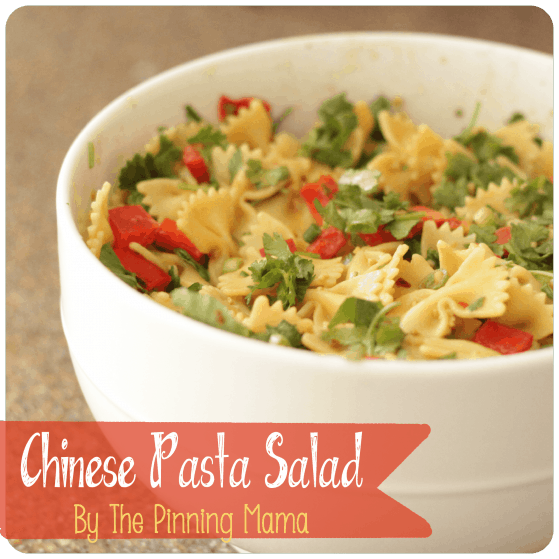