How to bake eggs in the oven to make a quick, easy, and mess free breakfast while you get ready for work. 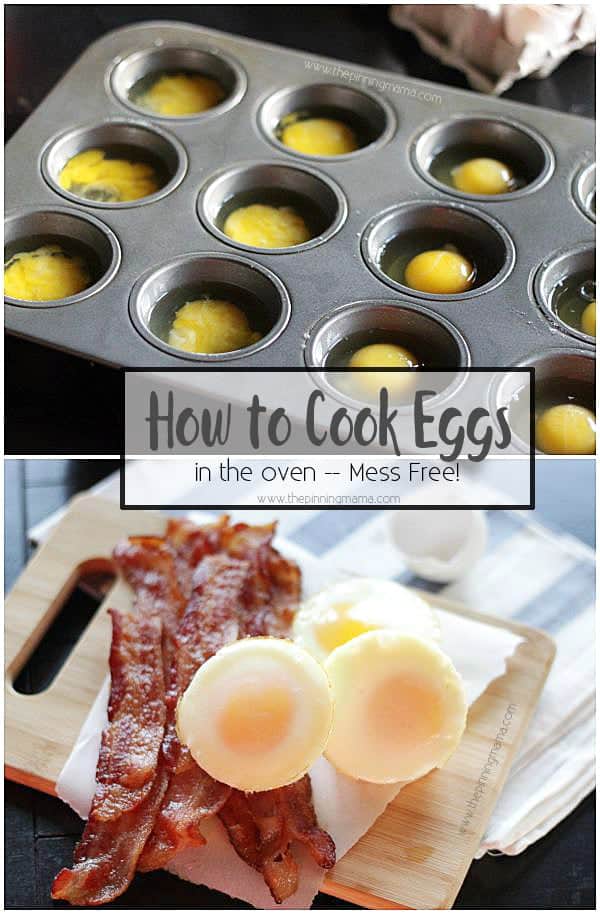 It has been awhile since we have had a pin test around here!  There has been a list of things I have been wanting to try from my Pinterest boards and baking eggs in the oven was one of them.  I have actually wanted to try this for awhile but really thought it was going to be a miserable failure so I had been avoiding it.  I mean I am The Pinning Mama, but who has time for things that just aren’t going to work? Right?!

I had the pin though.  And she promised perfect baked eggs.  Just put them in the muffin tin, thow them in the oven, and bam  17 minutes later, perfect eggs!  It sounded all too easy, and exact.  I mean 17 minutes? No time range, no if this or think about that.  Is it just too good to be true?….

So I finally decided it was time.  I gathered up my courage and my muffin tin and set out to give the baked egg thing a whirl armed with my pin for baked eggs.  I used a standard Calphalon muffin tin

, which even though it was non stick, I still sprayed generously with cooking spray.  This, you might want to note, turned out to be a really good idea.

Next I cracked an egg and dropped it into the first cup.  There is no special magic going on here, just be careful not to be too rough if you like the egg yolk whole, then just crack one in each cup.

I was worried that with how thick the muffin tin was that the egg, or the yolk wouldn’t be completely cooked and be runny, or if I cooked it long enough to cook though that it would be rubbery or dry.  Since I don’t really like either- rubbery or runny eggs- I was convinced that this was just not going to work.

I decided to break the yolk in half of the eggs and swirl them around just a bit, and leave the other half in tact. That way I could see if one way cooked better than the other or any other benefits.  Then I just put them in the oven, if you wanted to add salt and pepper, you could add it right on top before you put them in to cook. 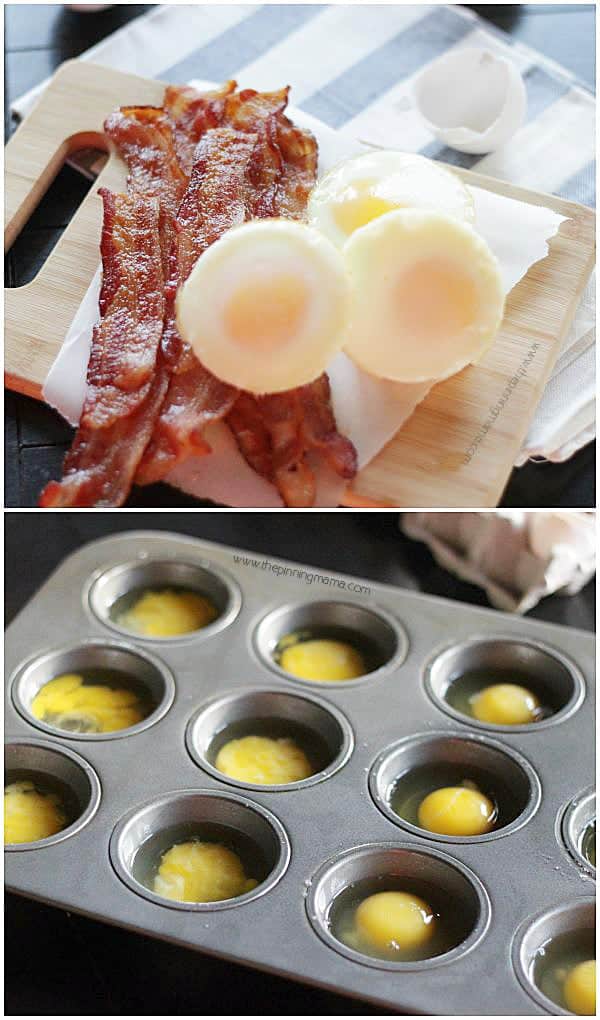 I let them cook at 350˚F and as I watched them they started getting pretty big and puffy!  I baked them for 15 minutes, checked them, decided they still looked like they could be a tad more set, two minutes later, checked again, and they looked perfect.  I had to laugh when I realized they cooked for 17 minutes.  Exactly. 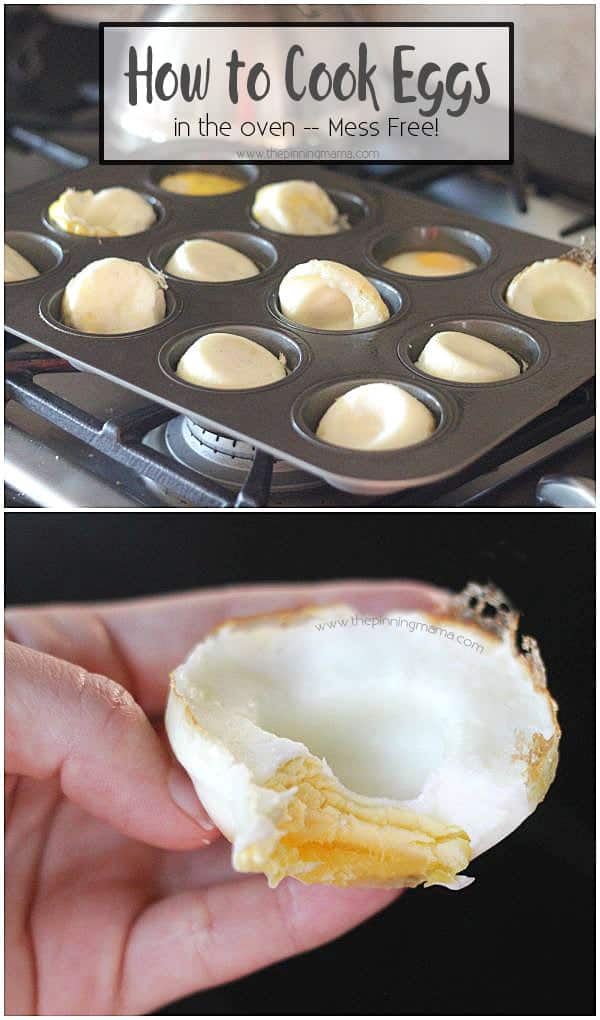 I let them cool a minute and then ran a knife around the edges and pulled them out pretty easily.  I do think it might have been a nightmare, had I not sprayed before hand.  I found the ones that had looked extra puffy in the oven had really just gotten an air bubble underneath so they were all roughly the same size.

They looked good, but only the taste test would really tell the result of this pin test.  I decided to try one of each, the whole yolk and the broken yolk.  I bit into the whole yolk egg and again, to my surprise, it was perfect!  It actually reminded me of the egg patties you get on your McMuffin at McDonalds, which is the one food I actually LOVE there!  It wasn’t rubbery, it wasn’t dried out or anything else.  It was just delicious! 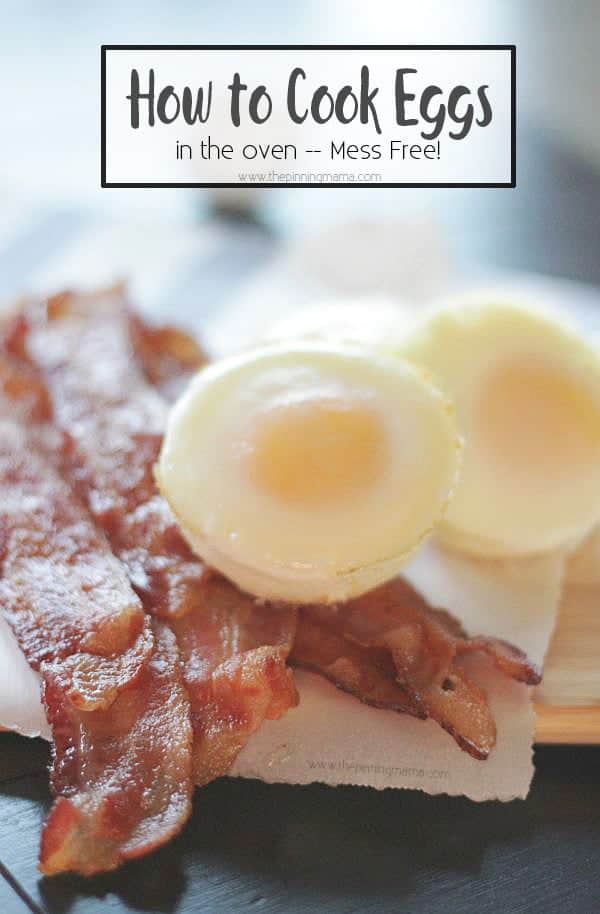 I tried the other egg with the slightly mixed yolk and it was just as good!  I think deciding whether you will break the yolk is personal preference.  I liked it better because instead of getting a large bite of yolk at some point, you get a little bit in each bite, but both ways were a huge success.

The verdict is in eggs baked in the oven is a huge PIN WIN! And we will be making them often at our house!

What could make this better, you ask?  Well, I will tell you exactly what… Bacon made in the oven.  A whole breakfast cooked while you get ready for work, school, church etc.  Check out exactly how to make perfect crispy bacon in the oven here. 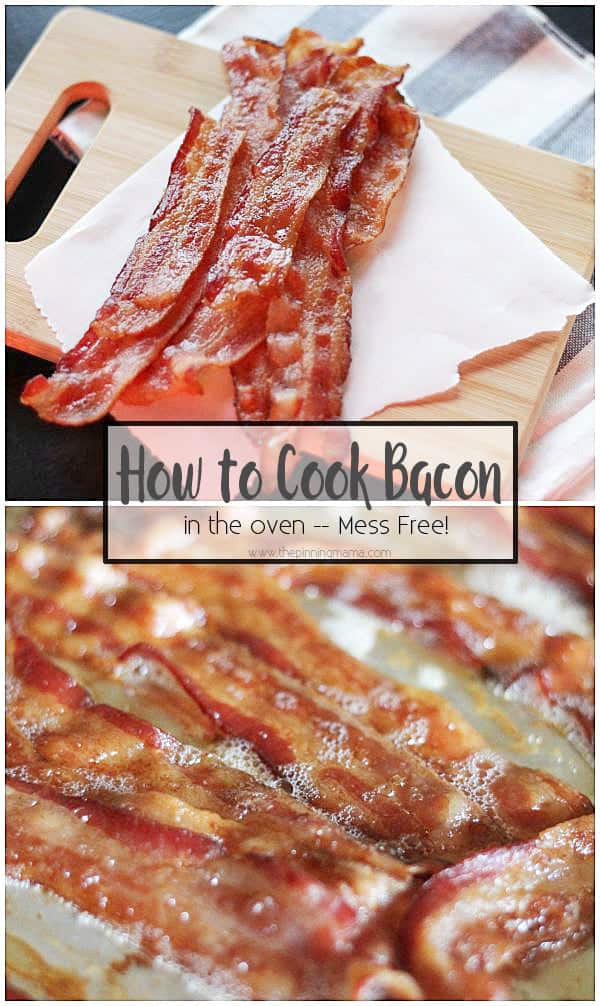 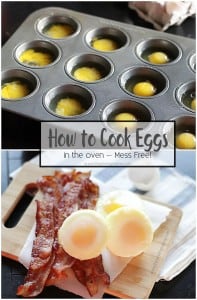 How to Bake Perfect Eggs in the Oven {Pin Test} 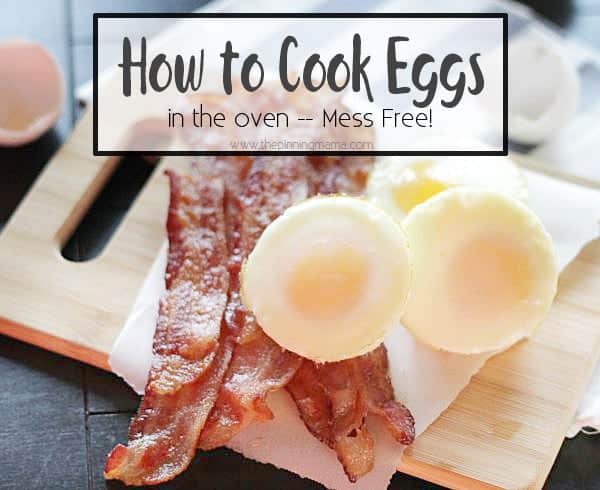 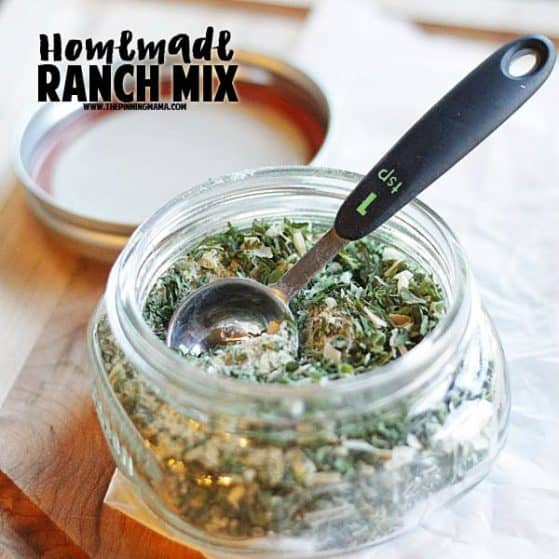 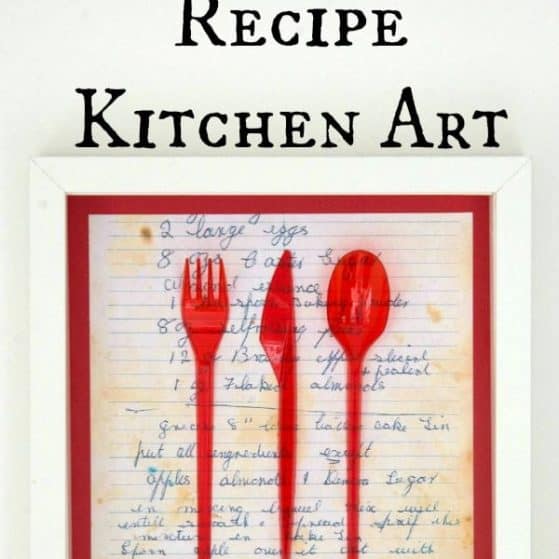