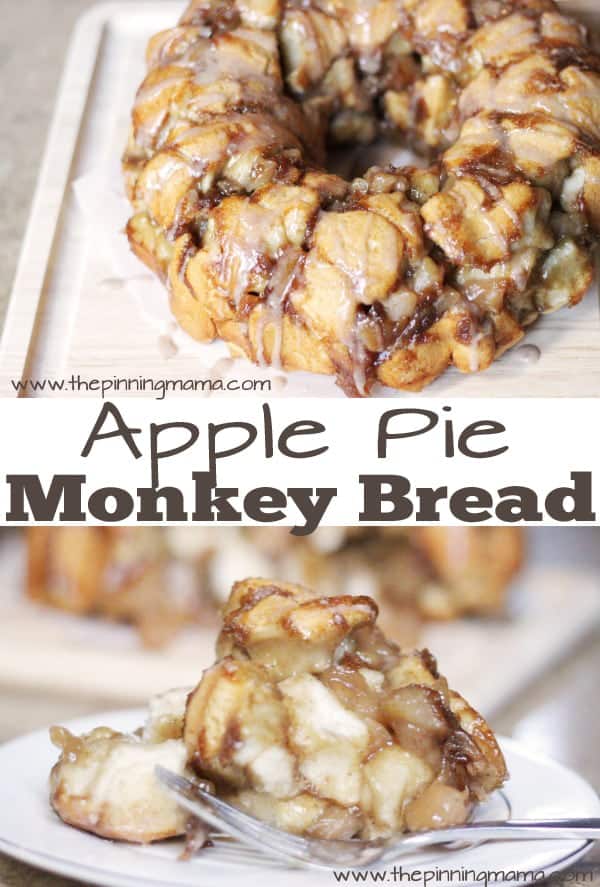 ******* BREAKING NEWS: I have been so overwhelmed at the response to this post and all the people who have told me that they LOVE this recipe because it is so easy & delicious so I decided to start an Instagram account (like today) dedicated to bringing you simple recipes that can be made quickly with only a few ingredients!  I would love for you follow me there!  Find me on IG as @easyfamilyrecipes *******

There is not many things I can remember really loving to eat as far back as I have loved apple pie.  It has been one of my absolute favorite indulgences since I was just a tiny kid.  These days I have been having some major apple pie cravings.  Maybe it is being 35 weeks pregnant or maybe it is my wishful thinking that the weather will finally cool off and fall will move in but either way it has been on my mind in a major way!

Since I in no way have the time or energy to make a pie right now, and as hard as I wish it Costco will not start selling them {only pumpkin on the shelf, boo!} I was left with the lingering craving and nothing to cure the itch.  After my last trip to the store where I scored a great deal on Pillsbury biscuits, I started to get an idea.  All humility aside, it was a wonderful idea….  What if I took all that apple pie goodness and threw it in as the rich and delicious filling for some monkey bread. 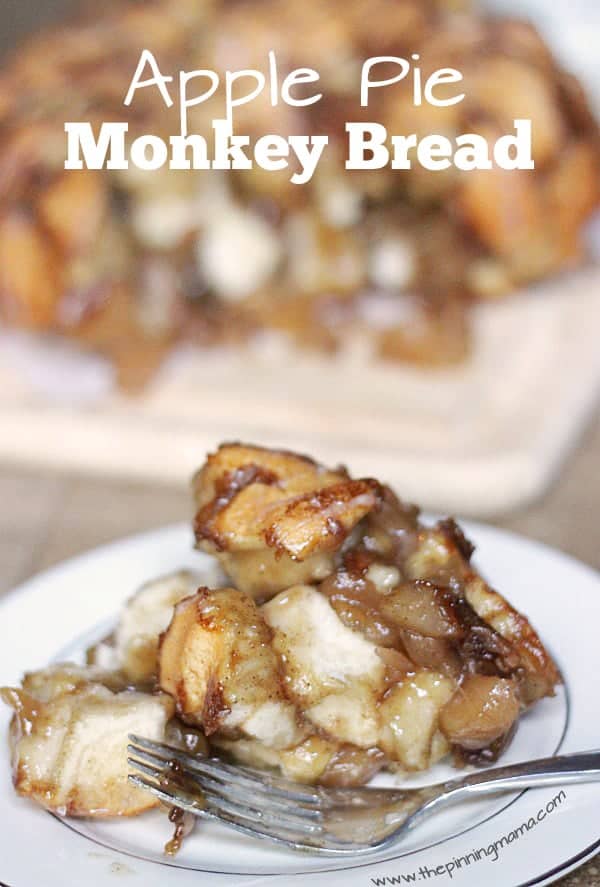 So we made it.  And we loved it.  And now I and sharing it with you.  When I was growing up there were two types of apple pies we would make.  Very occasionally we would make one completely from scratch, but most often we would make kind of a “cheaters” version, where we made the crust from scratch but as a brilliant little short cut we used canned apples that were doctored up with my mom’s secret spice blend to make it taste just as good as homemade.

I took an adapted version of those spiced up apples and combined it with the biscuits, baked it and topped with some cinnamon glaze and it happened.  Apple pie monkey bread.  Y-U-M. 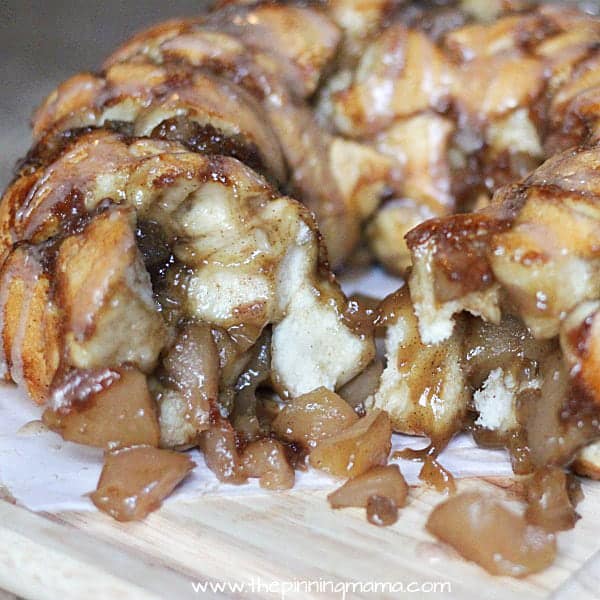 All the great taste of apple pie in minutes.  It also makes a heck of an excuse to eat apple pie for breakfast!  Here is what you do:  Take a full can of apples and dump it in a bowl.  Use a knife to run through the apples until they are in small bite sized pieces then, mix in the spices.  Then cut your biscuits into small pieces.  You will want to use the small biscuits for this recipe, not the big ones or the grands but the smallest ones they make.  I bought mine in a 4 pack and used 3 cans which worked out really well for this recipe.  I cut each biscuit into quarters, but really to me the smaller the better so the apple mixture can get into every nook and cranny!

Mix the cut biscuits into the apple mixture, making sure to mix everything really well so the apple mixture is coating everything.  Spray a bundt pan generously with cooking spray and then pour the biscuit and apple mixture into the pan.  Bake at 350˚F for 40-50 minutes or until the bread is baked through.  Once you remove from the oven invert the pan onto a plate while it is still hot so that all that gooey goodness doesn’t stick to the pan. 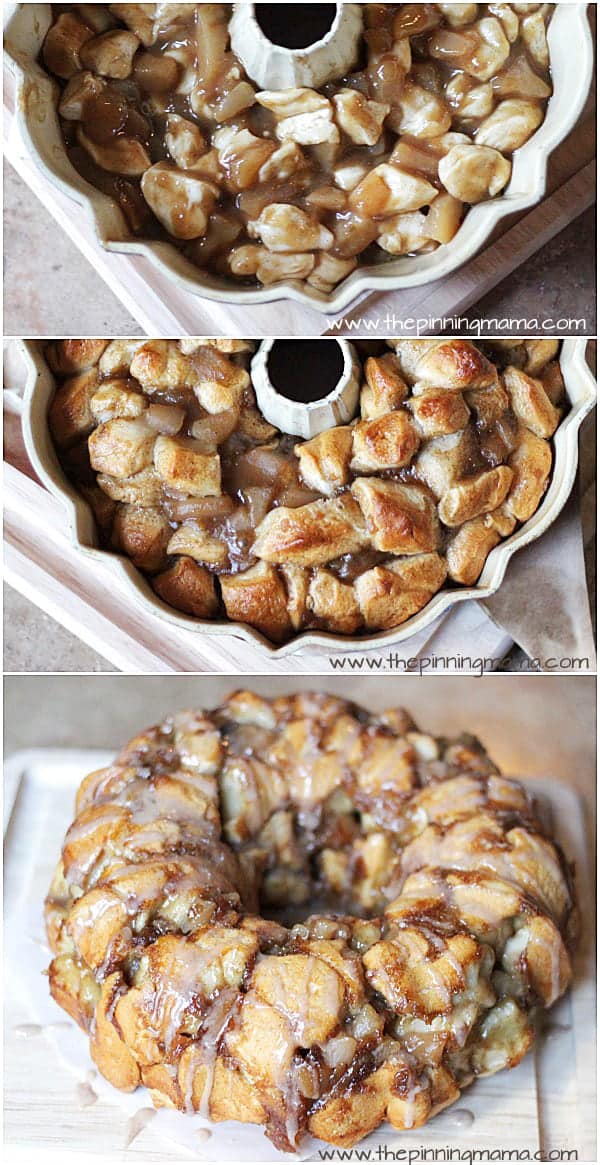 Whip up a quick cinnamon glaze with powdered sugar, cinnamon, vanilla and a little milk.  Drizzle it over the top and then just pull of chunks of the gooey, cinnamony, appley, goodness and enjoy!

Scroll to the bottom for a full printable recipe.  Also, make sure you leave a comment or tag us (@thepinningmama) on Instagram with a pic if you try the recipe!

Also, we would love for you to check out more of our delicious recipes here.  Or just browse some of our favorites below. 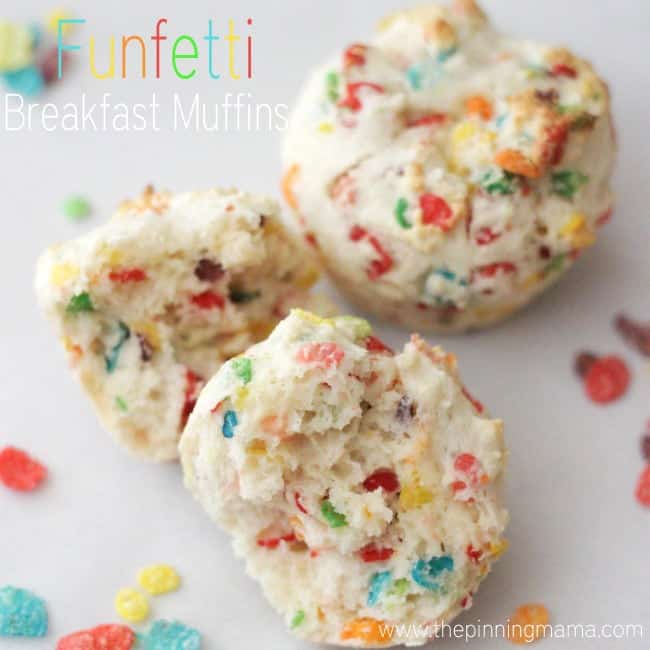 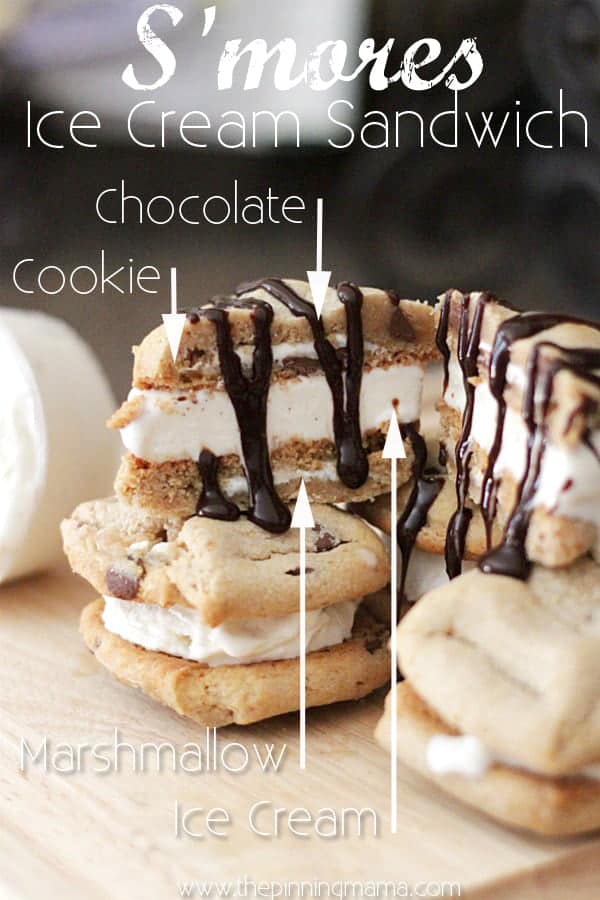 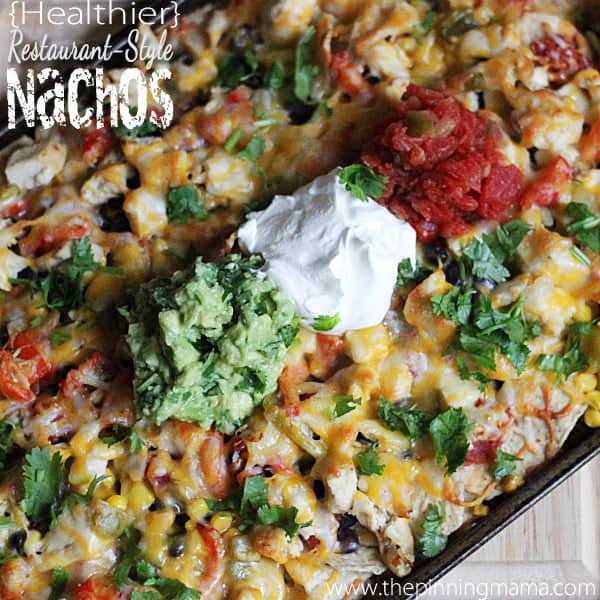 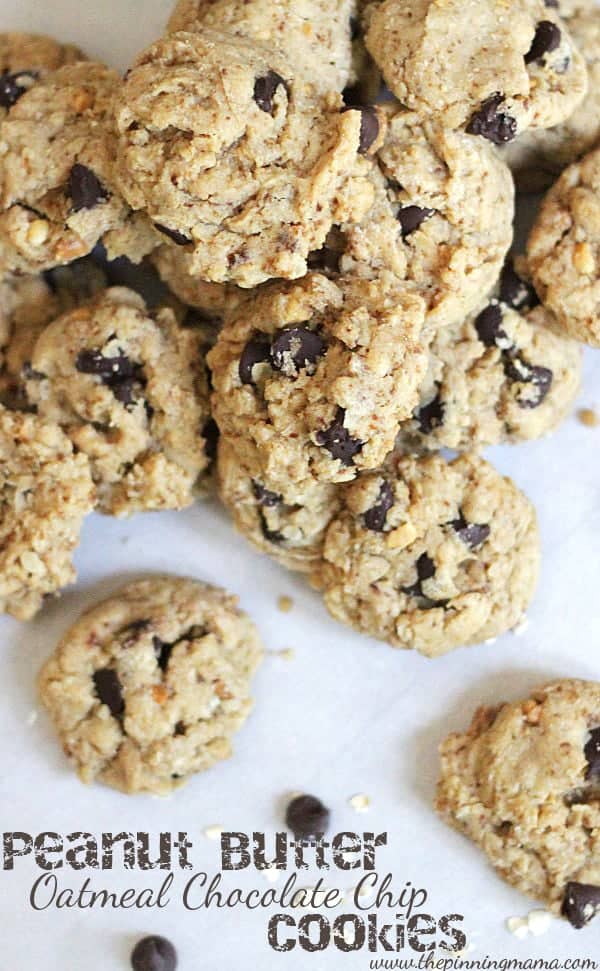 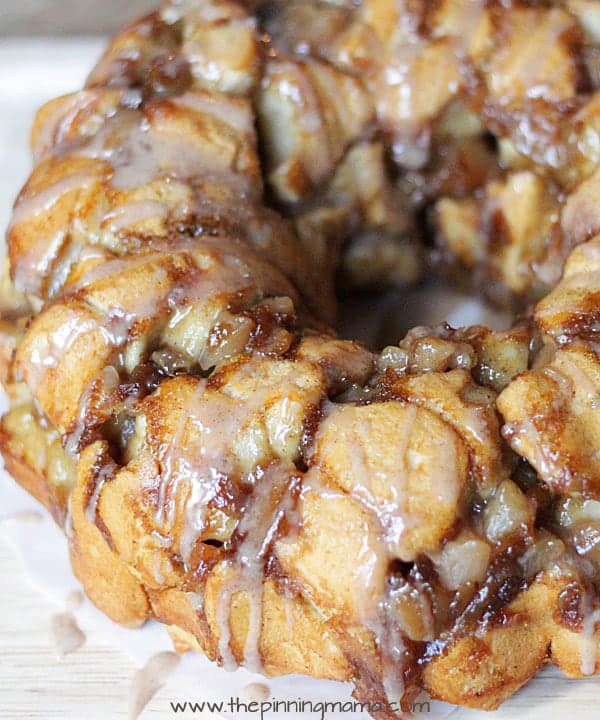 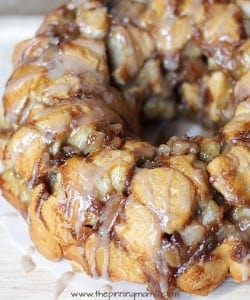 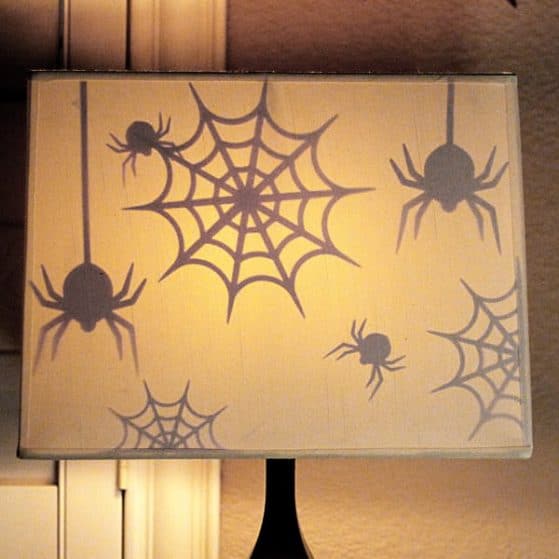 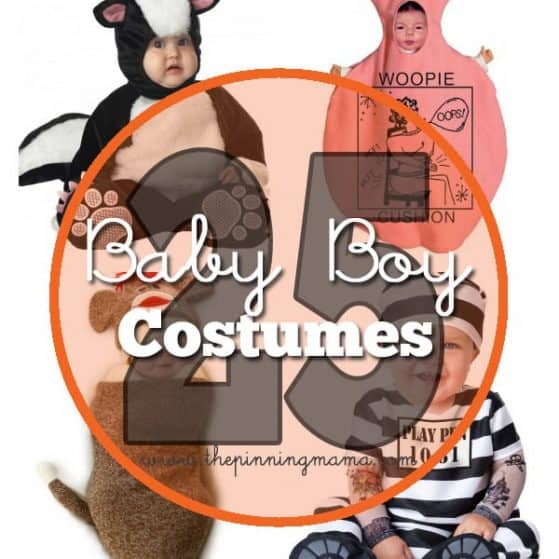